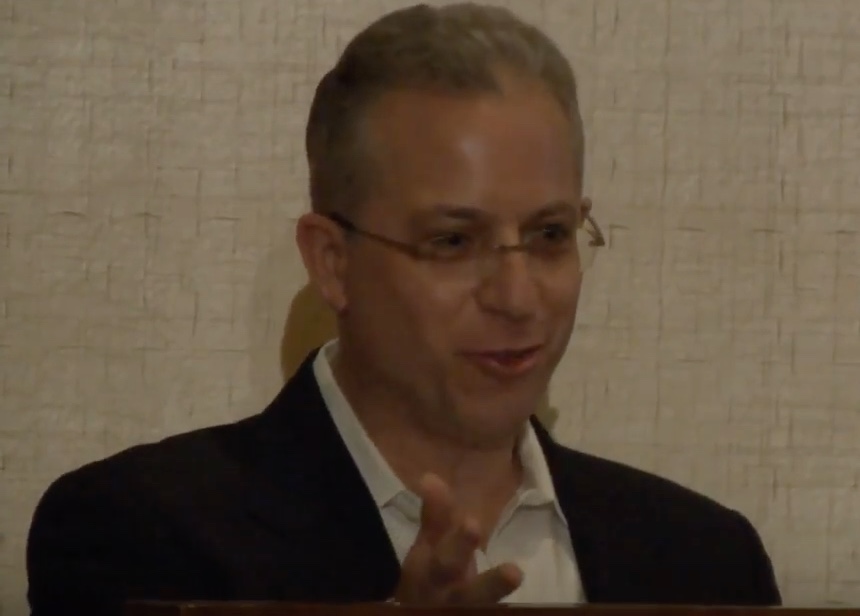 Conventional wisdom says that it’s far more common for people to become close friends early in their lives than it is later in their lives. For example: as children who meet at school or camp, or high school; as young adults in college; as professionals – working men and women struggling to build careers.

And that makes sense. As we get older, we already have attachments. We’re busy. We have biases, ambitions, pressures, anxieties, obligations. Forming new friendships may not be high on our list of priorities.

I liked and respected him because he had strong ethics and was well grounded. He never wanted, in Tom Wolfe’s famous words, to be a “master of the universe.” He didn’t get caught up in structuring or marketing or recommending deals of questionable economic or social value in the run-up to the credit crisis. He was scrupulously honest. He managed to avoid becoming disenfranchised, demoralized or marginalized following the market’s very jarring descent.

As a contemporary, I came to view him – and will continue to view him – as a role model, not only for the eighties generation, but also for those younger than us. Greg actively mentored people who were less knowledgeable or less experienced than he was. And he did it naturally and with empathy, and he conveyed excitement. He made you feel good about your aspirations.

I was talking with someone a couple of weeks ago, who told me that out of the blue he called Greg for advice earlier this year, and he ended up getting taken out to dinner. Greg was like that.

Although he and I first met at a research meeting many years ago, when he worked at Charles Schwab and I worked at Solomon, we really only got to know each other once we both landed at RBS in Stamford in 2010. We had the good fortune to work with great people – and he and I did indeed have a lot in common. We got to know each other quickly, and our friendship was cemented on a fixed income strategy marketing trip to Beijing and Tokyo later that year.

Those trips often become a kaleidoscope of flights, meetings, taxis, presentations, speeches, meals …. and after years of such experiences, I lived by the rule of never turning down the opportunity to sleep or eat. Greg seemed to intuitively share that approach – and aside from jet lag, I don’t think sleeping was really a problem for either of us.

Food, though, was a very different story. Greg did not eat meat or dairy, and I kept kosher. So you can imagine the culinary bonding experience we shared. An adventure that only a vegan and a Jew trying to keep kosher in Asia could appreciate. (Laughter).

We bonded over other things as well. They say you never forget watching your first sumo wrestling match. And we had the privilege of going to one on that same trip. And I can confirm that yes, you never do forget. (Laughter).

We shared a love of automobiles and attended the New York Car Show together. We both owned Mazda Miatas and Volkswagen GTIs.

And Greg listened politely as I teased him, describing the latest exotic vehicles that my son, an automotive journalist, had the opportunity to test – and that he nor I would ever actually get to drive.

We discussed the ups and downs of our careers – both of us stable in so many ways, and restless in others.

In late 2011, when I moved to the west coast for my job at Western Asset, our shared experience expanded to include the challenge of working in cities far from our wives.

It’s not a myth that managing long-distance relationships is an undertaking that requires very strong partners. Although Joni and I traveled back and forth on a regular basis to be together, more weekends than not we were alone.

I remember though that one of the highlights of my time in Pasadena, was a brunch on one of those Sundays that Joni and I were apart. It was at a restaurant called Mi Piace on East Colorado Boulevard, and it was with Greg and Alysoun while they were visiting the Los Angeles area. The company that day was wonderful, and I got to watch two strong partners together.

This past July, Greg invited me to attend a discussion Wells Fargo was hosting in Manhattan with former mayor Michael Bloomberg, who in typical fashion was mesmerizing. Afterwards, Greg and I went out to dinner. Actually I was incredibly excited. My wife Joni can vouch for that. I didn’t stop talking when I got home that evening. Usually it’s the other way around.

Greg knew that I would really appreciate that invitation. I started my career in 1983 as a computer programmer at Solomon Brothers, in the information technology department, just a year after Bloomberg left. His last job at Solomon was running that department – and even then he was a local legend.

For me going to see and hear the mayor was a little bit like returning to the house where I was born. It was nostalgic and inspiring. It was a very thoughtful gesture. Very meaningful to me. Very typical of Greg. That’s how I’m gonna remember him.

Since I received the news of Greg’s passing, I’ve been struggling with the words to express my grief. I’m still in denial. I still instinctively go to text him or send him an instant Bloomberg message about some piece of news or an idea or with a question.

Like so many people I’ve talked with during the past few weeks and whose lives Greg touched, I have this overwhelming vision of a kind, smiling individual, with a subtle, wicked, ironic sense of humor. An individual with insight into the behavior of other people – companies – markets – and life. An individual with empathy and a desire to help those around him. An individual with a passion for cars, animals, and most of all, Alysoun. Thank you.

Posted in About Greg